This year’s theme for the Ohio Archives Month poster was Ohio Women and the Fight for the Right to Vote, to commemorate the 100th anniversary of the ratification of the 19th Amendment, which expanded the women’s suffrage across the country. We invited repositories and institutions across the state to submit their photographs, documents, or other graphical materials that exhibit a connection to this year’s theme. (Download the poster as 3MB PDF.)

The SOA Advocacy and Outreach Committee received submissions on the theme from 7 institutions, for a total of 13 photographs and documents! The submissions were compiled, and 3 images were selected by the designer for the final poster. Due to COVID-19 and many archivists not having access to their collections, we had considerable fewer submissions this year, but we hope you can submit your images next year.

See our 2020 poster page for more about the images featured on the poster from the Community Archives of Patricia Smith Griffin, and the Ohio History Connection, as well as the others submitted, and the full text of the poster. 2020 Archives Month Poster submissions not included on the poster.

We hope everyone takes the opportunity this Archives Month to promote their institution and collections. We look forward to hearing from you over the month. Be sure to check the SOA website and Twitter account regularly for updates on the various Archives Month activities throughout the state! With all libraries, archives, and museums closed in compliance with the Governor’s orders to help stop the spread of COVID-19, the deadline for submitting images for this year’s Ohio Archives Month poster will be extended from the original deadline. We realize that with the craziness of the past weeks, it’s likely been the furthest from anyone’s minds, but we hope that we may still be able to keep with the longstanding Archives Month poster tradition.

The 2020 theme for the annual Society of Ohio Archivists’ Archives Month poster is the centennial commemoration of the ratification of the 19th Amendment, which guaranteed and protected women’s constitutional right to vote.  END_OF_DOCUMENT_TOKEN_TO_BE_REPLACED This year’s theme for the Ohio Archives Month poster was Small Steps, Giant Leaps: Ohio’s Role in Space Exploration, in honor of the 50th anniversary of the Apollo 11 moon landing on July 20, 1969. We invited repositories and institutions across Ohio to submit photographs, documents, or other graphical materials that demonstrated a connection to the theme to be featured on the SOA Archives Month poster. (Download the poster.)

The SOA Advocacy and Outreach Committee received submissions from fifteen institutions, for a total of 38 photographs and documents! The submissions were compiled, and eleven images were selected as winners through online voting.

The winning images provided great material for the designers, however not all of the winners could be featured on the poster. As such, the Committee would like to highlight each winning image and institution.

We hope everyone takes the opportunity this Archives Month to promote their institution and collections, as well as their fellow Ohio repositories (check them out in this year’s Ohio Archives Passport)! Be sure to check the SOA website and Twitter account regularly for updates on the various Archives Month activities throughout the state! 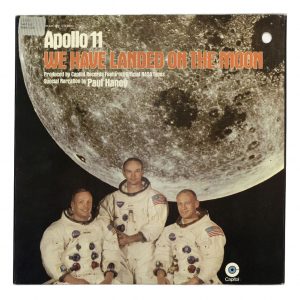 END_OF_DOCUMENT_TOKEN_TO_BE_REPLACED

Reminder: voting for images for the SOA Archives Month poster closes this Friday (April 26) at midnight. Thank you to everyone who has already voted!

Voting for the top images for the SOA Archives Month poster starts today and runs through Friday April 26. You can vote online for your favorite items. Click the image to enlarge it and click the box around it to select it.

Happy voting and thanks to all the institutions who submitted something!

This Friday, March 29, 2019 is the deadline to submit photographs, documents and other graphical materials for the SOA Archives Month poster. Please consider submitting material(s) from your institution.

This year’s theme is Small Steps, Giant Leaps: Ohio’s Role in Space Exploration, in honor of the 50th anniversary of the Apollo 11 moon landing on July 20, 1969.  Your submissions should demonstrate a connection to Ohio or the contributions of its residents in the development of the technologies that lead to the Space Race and space exploration. Here’s your chance to highlight interesting, fun, and thought-provoking items from your collections!

If interested in participating, please submit your images (limit of 3 per institution) to Melissa Dalton at mdalton@co.greene.oh.us by Friday, March 29, 2019. SOA members will have the opportunity to vote on their favorite entry between Monday, April 8, 2019 – Friday, April 26, 2019.

We look forward to your participation!

As part of the annual celebration, SOA creates a poster every year to highlight items from collections around the state. This year’s theme was Ohio in World War I, to mark the 100th anniversary of United States involvement in the “War to End All Wars.” Out of the 21 institutions that submitted images for possible inclusion, a poll of SOA members selected six. Only three were included in the final poster, so we wanted to take this opportunity to share all of the winning images and their stories with you. Congratulations to all images chosen and keep an eye out for the call for submissions for next year’s poster!

Congregational Archives, Franciscan Sisters of the Poor, Cincinnati, OH
In 1918, after 46 years in the US, Sister Eutropia was required to register as an Alien Enemy Female. She had to carry her registration card at all times. Ohio History Connection, Columbus, OH
Photograph of 21,000 soldiers who were stationed at Camp Sherman in Chillicothe, Ohio, during World War I standing in formation to make the shape of President Woodrow Wilson’s head. In the upper right-hand corner can be seen the tents and buildings of the camp. Akron nurse and University of Akron graduate Mary E. Gladwin (back row, center) poses with nurses at the American Red Cross Field Hospital in Belgrade, Serbia during World War I—the only Red Cross hospital then located in a combat zone—where she helped care for over 9,000 soldiers. Akron Gladwin with Nurses in Serbia

With your Archives Month celebrations wrapped up, don’t forget to check out SOA’s Passport to the Past, it’s a great tool to learn more about historical organizations throughout the state.

The 2017 state-wide “I Found it in the Archives” contest features winning essays from two institutions: The Clark County Historical Society and the Ohio History Connection The “I Found it in the Archives” state winner will be featured during the SOA fall meeting, held in partnership with the Ohio Local History Alliance October 2017 in Dublin, Ohio.

Keep a lookout for more information about SOA’s fall meeting on the SOA website.

Wear your love for SOA on your sleeve! Or your front, or your back, it’s up to you!

The Advocacy & Outreach Committee is looking for a few creative people to submit their designs for an SOA t-shirt design contest.

Between now and April 3, 2017, the Advocacy & Outreach Committee will be accepting submissions for t-shirt designs.  SOA members will have the opportunity to vote on their favorite design between April 17th and April 28th, 2017.

The winning artist will not only win bragging rights to having their design featured on an SOA t-shirt, they will also win a free annual SOA membership, a story in the Ohio Archivist, and a free t-shirt!

Put a little HEART in history and
submit your design today!

Donate to the Ohio History Fund on line 26a of your state income tax return! With a $17,500 grant from Ohio History Fund, the Ft. Recovery Historical Society completed a ground-penetrating radar study and archaeological field school at the historic fort.